I had the chance to participate to the pre-congress workshop “Intercultural Gamification” on Tuesday 28th and Wednesday 29th of May during the 2019 SIETAR Europa Congress. This congress took place in Leuven, Belgium from the 27th of May to the 2nd of June.

Around 50 people, mostly trainers, teachers and facilitators, have attended this workshop. They came from very different countries and cultures (United States, Germany, France, Japan, Sweden, Danemark, Argentina, Italy, Malta, India, Syria…). It was really interesting to have such a variety. It enables us to have rich discussions. I have really appreciated the dynamic in this group in which everybody seems to know each other.

In order to wait for everyone, we have played the first game of the workshop : a Bingo. It’s a great ice breaker which enables people to get in touch and learn some funny things about the other. There are a lot of examples of Bingo and you can also create your own.

The workshop was animated by the Diversophy® team. George Simons has done a general presentation about games. Games are powerful tools and have advantages:

But game mechanics can also be used in bad ways. Game mechanics are for example used by the Chinese government in the Social Credit System or by Amazon to turn the work in the warehouses into a videogame.

What kinds of games?

Then George Simons presented us the different kinds of games according to James Carse:

How to debrief a game?

To my mind this is the most important thing you need to do when you use a game. A debriefing enables players to step back and learn somethings about the choices they have done during the game. Without a debriefing the players have only played. There are four phases to debrief a game:

A game will not have the same impact according to the cultural values of the players. Some people don’t like score because that shows that they are lower than others. The players can also live the competition negatively or positively. You also need to be careful about religious symbols. For example, dices are often related to gambling and the evil. But games have also this capacity to bring people together and help them understand each other.

We have played some of Maria Todosiychuk cross-cultural games to illustrate our cultural differencies. The first one « Culture Shock » was a role-play game with two teams. We had to make a deal together but the core value of one team was the relation whereas the second team was task and business oriented. This game is great to introduce a cross-cultural program and to raise awareness about how each team thinks about the other.

The second game « Poker Face » aims to train our ability to observe and interpret non-verbal signals or reactions that are not typical in our own culture. One player has to explain a project during three minutes and try ask for help or money. The second player plays different expressions: don’t look at you, neutral, friendly. At the end of the game, the first player has to express his feelings about the attitude of the other player.

For the « Mantle of emotions » game we need to line up and close our eyes. The facilitator shows an emotion to the first player in the row. The player has to wake up the following player and imitate the emotions. At the end we can compare the initial and the last expression of the emotion. It’s an interesting game to show that we express our emotions in different ways.

The last one we have played is « Your Nobleness ». Every player has an unknown card put on the foreheads. When two players meet they have to send a signal of respect according to the card’s value of the other player. After some time they can feel which card they have and must line up in an ascending order. This game learns the player how to show respect in hierarchical cultures depending on the status.

Steven L. Crawford has made a video call from Finland in order to explain us the Diversophy® New Horizons game. This game aims to change the perception we can have about an other culture. It helps people to have positiver views toward foreigners. Diversophy® New Horizons game brings asylum seekers and local people together and facilitates interaction.

This presentation has been completed with the presentation of the new « New Horizons » game: Nouveaux Repères (New Anchors). In this game there are questions about culture, the countries of origin and the encounters made by asylum seekers. The goal of this game is to create bridges between newcomers and French people even if they don’t speak the same language.

Fath Mubeen and Mohammad Antar are refugees and they have helped in the creation of this game. They have told us that some migrants do not play game and that can be a difficulty. But a game can deal with touchy matters and enables to bring people together. Finally, Grazia Ghellini mades us play some cards of the game.

This workshop has made me happy because I have met people who are open minded and who help us beter communicate and understand each other. This is not an easy job but games can without doubts facilitate those tasks. I was also amazed to see that everybody knew Thiagi whereas in France he is almost unknown. I was thus reinforced in the feeling that I must be aware of what is done abroad. That’s why I will be present in Bruxelles in November in order to learn from Thiagi himself! 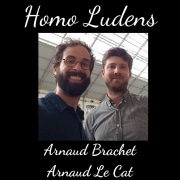 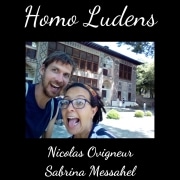 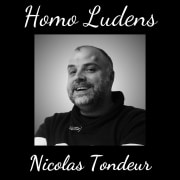 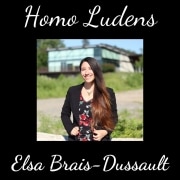 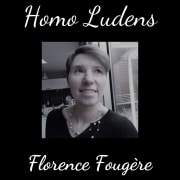 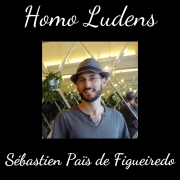 This site uses cookies. By continuing to browse the site, you are agreeing to our use of cookies.

These cookies are strictly necessary to provide you with services available through our website and to use some of its features.

Because these cookies are strictly necessary to deliver the website, refuseing them will have impact how our site functions. You always can block or delete cookies by changing your browser settings and force blocking all cookies on this website. But this will always prompt you to accept/refuse cookies when revisiting our site.

We fully respect if you want to refuse cookies but to avoid asking you again and again kindly allow us to store a cookie for that. You are free to opt out any time or opt in for other cookies to get a better experience. If you refuse cookies we will remove all set cookies in our domain.

We provide you with a list of stored cookies on your computer in our domain so you can check what we stored. Due to security reasons we are not able to show or modify cookies from other domains. You can check these in your browser security settings.

These cookies collect information that is used either in aggregate form to help us understand how our website is being used or how effective our marketing campaigns are, or to help us customize our website and application for you in order to enhance your experience.

If you do not want that we track your visit to our site you can disable tracking in your browser here:

We also use different external services like Google Webfonts, Google Maps, and external Video providers. Since these providers may collect personal data like your IP address we allow you to block them here. Please be aware that this might heavily reduce the functionality and appearance of our site. Changes will take effect once you reload the page.

The following cookies are also needed - You can choose if you want to allow them: